Thanks for stopping by  —

When a homeowner considers the use of solar energy there are a number of questions and concerns which need some context to help you make an informed decision.

Let’s shed some light on what’s really going on in the industry.

The push to adopt and encourage homeowners to use solar energy, especially over the last five years has been fueled by Federal level energy policy changes which have dripped down to the State and local levels.

In 2015, the Federal government made sweeping Energy policy changes that prevent any new fossil-fuel plants from being licensed and those in operation must be converted to renewable energy or be shut down – THAT….is a big issue as most of the power generation today is still provided by coal-fired and natural gas fired plants.

On the front range of Colorado the remaining coal-fired pants are actively being rebuilt to provide power using essentially Solar, Wind and Battery power with several of these remaining plants being shutdown THIS YEAR!

Each time a power plant is decommissioned, predictably our consumer prices push UPWARD, which should not be a surprise as each power plant is connected to a state and National grid allowing “power” to be moved or transferred from grid to grid.

The push to adopt Time or Day or Time of Use pricing is problematic for most families as the time of day the highest cost per kWh occurs is between 3:00 PM and 9:00 PM, which is when many families come home from school, start to prepare dinner and perhaps wash and dry clothes throughout the week.

The impact of TOD/TOU Pricing can resulting doubling or tripling your electric bill which is exactly what we’ve seen happen in California over the last five years since they began to push this “environmental protection” idea.

So what can we do as homeowners to fight these ridiculous energy rate increases?

1) Do Nothing, this is always the easiest, suck it up, pay the power bill, and give up some other convenience to cover the Bill.

The limitations of this option are self-evident as it ignores the root problem.

2) Reduce your electricity consumption – if you have not already done so, change to LED light bulbs, turn up the A/ even 2 degrees makes a HUGE difference, turn down the Furnace, swap your electric dryer, especially if you have kids, to use a gas clothes dryer, gas water heater, gas cooktop.

Although this option does result in lowering your consumption, it still does not resolve the root problem that you still cannot control the cost of rented grid electricity, thus this is simply a band-aid with super glue, delay tactic and you will ultimately still have to deal with higher rates, and will never pay off your electricity bill.

So, if you live other than the extreme eastern plains of Colorado or the pan handle of Texas, Wind is not a reliable method for powering your home – leaving Solar Energy as the only legitimate option for homeowners to control their costs.

You probably already know that solar energy production is based upon daylight hours available in your area, there are lot more usable daylight hours in Phoenix or south Texas than in Minneapolis, Minnesota; so even though we can routinely design a system to produce 120% – 200% of your current consumption annually, there may still be a month or two like in late summer or the dead of winter where you will need some supplemental grid power.

NOTE: If you are in a utility service area that limits the amount of solar energy you can produce or if you have a lot of Hip style roof facets the use of a  Hybrid system with Solar and Batteries, (which interestingly enough, the same design for we use for Off-Grid designs) can be used to provide as much power as you need to zero-out your electric bill.

I have to say here that commons sense needs to prevail and although we really like using hybrid systems, they are not always the best bang for the buck (yet).

Choosing a Hybrid option really depends upon your energy consumption profile and how much extra energy you need versus the cost of adding a battery.

These issues are discussed in context when we complete a Systems Design Report for your property.

The Systems Design Report starts with the alignment of your home in relation to North.

You will generate excellent energy production from roof facets that face EAST, SOUTH or WEST. Unless you live extreme southern latitudes like of Phoenix, AZ or south Texas, we typically do not use the north facing roof facets of your roof.

Your System Design Report will show the area of your roof that is most productive for solar energy and which is not affected by tree shading in order to maximize your solar energy production.

If you’ve made it this far, Thanks for your time – you may still have questions though, which is fine.  Start by requesting an Instant Estimate for your home – this will provide a cost estimate and allow you to make an informed decision on next steps.

Mention code: A22 when you call, and claim a $2,500 rebate when adding a Battery, Automatic Transfer Switch with your solar energy solution… 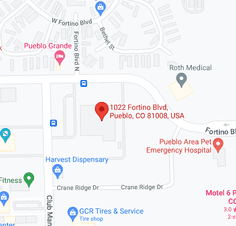